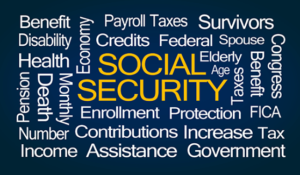 The Social Security Board of Trustees released on 4/22/2020, its annual report on the long-term financial status of the Social Security Trust Funds. The combined asset reserves of the Old-Age and Survivors Insurance and Disability Insurance (OASI and DI) Trust Funds are projected to become depleted in 2035, the same as projected last year, with 79 percent of benefits payable at that time.

In the 2020 Annual Report to Congress, the Trustees announced:

“The projections in this year’s report do not reflect the potential effects of the COVID-19 pandemic on the Social Security program. Given the uncertainty associated with these impacts, the Trustees believe it is not possible to adjust estimates accurately at this time,” said Andrew Saul, Commissioner of Social Security. “The duration and severity of the pandemic will affect the estimates presented in this year’s report and the financial status of the program, particularly in the short term.”

Other highlights of the Trustees Report include:

The Board of Trustees usually comprises six members. Four serve by virtue of their positions with the federal government: Steven T. Mnuchin, Secretary of the Treasury and Managing Trustee; Andrew Saul, Commissioner of Social Security; Alex M. Azar II, Secretary of Health and Human Services; and Eugene Scalia, Secretary of Labor. The two public trustee positions are currently vacant.

View the 2020 Trustees Report at www.socialsecurity.gov/OACT/TR/2020/.

View an infographic about the program’s long-term financial outlook at www.socialsecurity.gov/policy/social-security-long-term-financial-outlook.html.