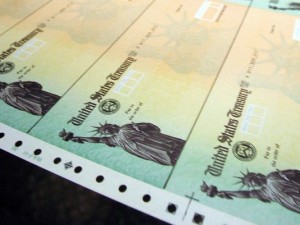 Reuters Marilyn Murphy of Torrance, California, contacted her local Social Security office this past spring to find out if spousal benefits based on her first husband’s work record might be worth more than the retirement benefit she already receives.

Murphy was surprised to hear that she could not qualify for spousal benefits from her first marriage because she remarried before age 60. The second marriage also ended in divorce.

“I knew enough from my own research that wasn’t right,” said Murphy. “I heard: ‘It’s federal law, and there’s nothing we can do about it.'”

Getting wrong answers from Social Security is not unusual, according to financial advisors and experts on claiming strategies. Relying on this misinformation can lead to missing out on benefits for which you qualify or losing opportunities to maximize your checks.

“Forty percent of what the good folks at Social Security tell you, almost always with great certitude, is either outright wrong, partially wrong, incomplete, or confused,” said economist Laurence Kotlikoff, co-author of the best-selling book Get What’s Yours: Secrets to Maximizing Your Social Security.

No one has actually tested representatives on the accuracy of their responses, and expert Mary Beth Franklin, who has been writing about Social Security since 2008, said she thought the agency’s employees were getting better at addressing complex situations.

Many Rules, Much Confusion

Social Security has thousands of rules and claiming strategies that can be hard to grasp, which leads people to misunderstand what representatives tell them, Franklin said.

People also may be wrong in believing they qualify for certain benefits and claiming strategies.

For example, people may think they can claim a spousal benefit at age 62 and then switch to their own benefit later, but that strategy is only available to those who have reached full retirement age, currently 66, and file a special “restricted” application.

Still, Franklin frequently hears from readers who have been told incorrectly that they cannot suspend their benefits because they are single or started benefits too early.

Typically, recipients who have reached full retirement age can suspend benefits and earn delayed retirement credits, which allow their checks to grow by 8 percent annually until age 70.

Financial planners also have reported Social Security representatives who insist that only six months’ worth of back benefits are available to people who rescind their suspension. They actually can get a lump sum equal to all the benefits they passed up since the date they suspended.

“Whenever we hear that a member of the public did not receive the level of service he or she expected, we take the matter very seriously,” Stump said.

People who believe they are getting incorrect information should ask to speak to a supervisor, he added.

That is what Marilyn Murphy did. The supervisor confirmed that to qualify for divorced spousal benefits, the marriage had to have lasted at least 10 years and Murphy had to be currently unmarried. Subsequent marriages and their timing were irrelevant.

Murphy was glad she finally got the correct answer to her question, even though switching to the spousal benefit would not have made any difference to her monthly check.