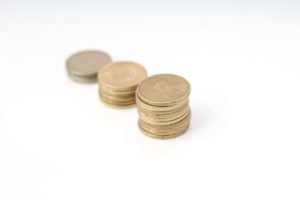 DATA & RESEARCH April 19, 2017 By John Manganaro  Data shared by the Investment Company Institute suggests Social Security is a kind of income bonus for many—not a final income lifeline to be tapped once other wealth runs out. Few See Income Drop After Claiming Social Security.

Most American workers maintain or increase their spendable income after claiming Social Security, according to a new analysis of tax data by Investment Company Institute economists Peter Brady and Steven Bass.

Economists Jessica Holland and Kevin Pierce of the Statistics of Income (SOI) Division of the Internal Revenue Service (IRS) also contributed to the new analysis, ICI says. The effort involved researchers analyzing tax data from 1999 to 2010, finding that the median worker had replaced 103% of spendable income after claiming Social Security.

“Those in the middle receive a similar amount of income from both sources,” ICI finds.

“The vast majority of workers we analyzed reported retirement resources other than Social Security,” Brady observes. “Indeed, 89% of individuals held or drew income from employer plans, annuities, and IRAs. These results suggest that a much higher share of retirees get income from these sources than reported in government surveys, and adds to the mounting evidence that household survey data understate retiree income.”

ICI says that by “looking at what tax filers, employers, and financial institutions actually report to the IRS, we are able to paint a more accurate picture.”

Findings show, of the 89% of individuals who had non-Social Security retirement resources, the vast majority (81%) received income, either directly or through a spouse, from employer plans, annuities, or IRAs.

“Another 8% had evidence of these resources—a Form 1099-R (reporting a rollover or other retirement account transaction that did not generate income), a Form 5498 (indicating IRA ownership), or both—but were not yet drawing on them,” ICI reports.

The authors of the analysis stress that their research “compares taxpayers’ spendable income, as reported on their tax returns and on information returns provided to the IRS, three years after they claim Social Security with their spendable income the year before they claimed.”

As such, the 103% replacement rate measures for the median taxpayer “indicates that spendable income rose for more than half of taxpayers.” Median replacement rates three years after claiming were higher for individuals in the lowest income quintile (123%), ICI finds, “and lower for top earners (95% for the top 1% of the income distribution).”