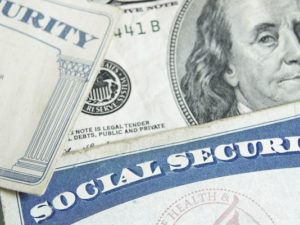 The Social Security Board of Trustees released its annual report on the long-term financial status of the Social Security Trust Fund reserves. The combined asset reserves of the Old-Age and Survivors Insurance, and Disability Insurance (OASDI) Trust Funds are projected to become depleted in 2034, the same as projected last year, with 77 percent of benefits payable at that time. The DI Trust Fund will become depleted in 2028, extended from last year’s estimate of 2023, with 93 percent of benefits still payable.

In the 2017 Annual Report to Congress, the Trustees announced:

Other highlights of the Trustees Report include:

The Board of Trustees usually comprises six members. Four serve by virtue of their positions with the federal government: Steven T. Mnuchin, Secretary of the Treasury and Managing Trustee; Nancy A. Berryhill, Acting Commissioner of Social Security; Thomas E. Price, M.D., Secretary of Health and Human Services; and R. Alexander Acosta, Secretary of Labor. The two public trustee positions are currently vacant.

View the 2017 Trustees Report at www.socialsecurity.gov/OACT/TR/2017/.