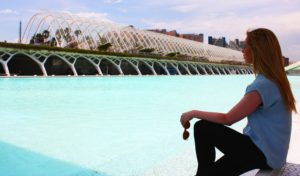 By Brian O’Connell. There’s consistent data in academia and on Wall Street that, for whatever reasons, women just aren’t saving enough for retirement – especially compared to men, and face a retirement gap.

Granted, that’s not a huge gap, but it’s enough to feed the continuing business media narrative that the women don’t take retirement needs seriously enough, and need to shift their investment accounts into higher gear.

Per Aon Hewitt, “women will need 11.5 times their final pay to meet their needs in retirement, compared to just 10.6 times pay for men.”

Digging further, the study also shows a gap of 3.3 times pay between what women need and what they’re on track to have saved to retire at 65.

“For men, the difference between needs and resources is just 2 times pay,” Aon reports. “This shortfall means women, on average, will need to work until age 69 – one year longer than men – to meet 100 percent of their needs in retirement.”

A study shows that most Americans don’t even review their plans on an annual basis.

What’s to explain the narrative that women are lagging behind on retirement savings? Some conventional reasons appear obvious.

“Women face significant stumbling blocks when it comes to saving enough for retirement, including longer lifespans, lower salaries and a greater likelihood of taking hardship withdrawals from their 401(k)s,” says Virginia Maguire, director of retirement products and solutions at Aon Hewitt. “Making retirement and financial well-being a priority is paramount for overcoming those challenges.“

But talk to women who both save for retirement, or who work as financial advisors, brokers, and tax advisors who counsel long-term savers, and the reasons for that retirement gap go deeper than just longer lifespans.

It should be a call to arms to save more. Considering the high stakes on the table, that’s the attitude any retirement saver should take.